Aslan Construction was the General Contractor on a new 270,000 gallon  water storage tank that will serve the Mountain Star community in the Town of Avon. Representatives of the Upper Eagle Regional Water Authority, Mountain Star Association and Aslan Construction gathered on Dec. 8 to mark the completion and cut the ribbon on the new tank.

The Water Authority put the tank into service Nov. 15, after it was completed on time and under budget during a six-month construction window. 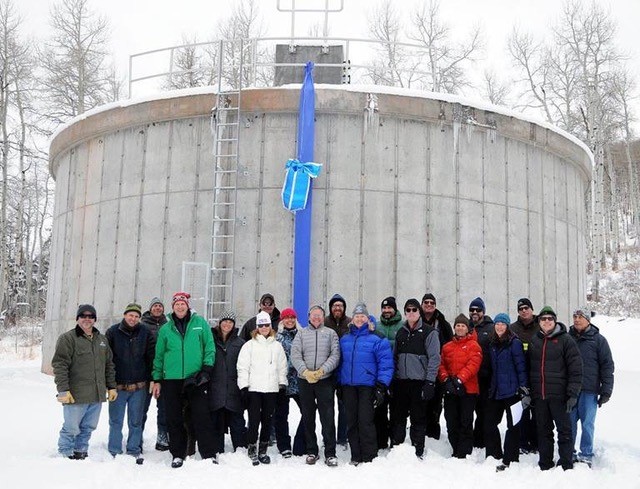